A convenient link between East and West, Anatolia, with its beautiful nature, climate and inexhaustible resources, is the site where not less than a dozen civilizations were born or grew up. The history of the civilization of this land goes back 4,000 years, being one of the oldest in the whole world.

Almost everybody is familiar with the names of such places as Istanbul (Constantinople), Ankara (Angora), İzmir (Smyrna), Trova (Troy), Bergama (Pergamum) and Efes (Ephesus). In addition to these there are hundreds of others with equal importance from an historical and scientific point of view, such as Edirne, Boğazköy (Hattusas), Konya, Van, Sardes, Gordium and Istanköy (Cos). It is certain that at least six of these places were the locaiions of capitols of highly civilized peoples such as the Hittites, Byzantines, Lydians, Phrygians, Selçuk Turks and Ottoman Turks. Aegean and Mesopotamian civilizations were also formed on the very same soil. Ankara, the modern capitol city of the young Turkish Republic, is the last pearl on this wonderful necklace of immortal cities.

As a crucible of various cultures of all ages, Anatolia is a priceless treasure not only for the tourist's eye, but also for the real scientist, who, being removed from racial and religious considerations, is interested solely in studying the unknown aspects of the history of civilization in our world.

Some of the cities mentioned above are the birthplaces of outstanding figures in the history of medicine. Hippocrates, far example, usually called the Father of Physicians, was born in Istanköy in the western part of Anatolia. Galen, the Father of Elxperimental Physiology, as he is often called, is also a product of fertile Anatolian soil, born and having practiced in Pergamum. For about seven hundred years, the famous 1Aesculapium in this city was a center of medicine for this area and was dedicated to Aesculapius, son of Apollo, the Chief God of Healing. The ruins of this sanitarium are still there, with case histories of cured patients and methods of treatment carved in stone. Today's symbol of men of medicine comes from the serpent-twisted staff ıwhich stood in the great square of Pergamum. To Galen we are indebted for the familiar sign R; which evol ves from the Eye of Horus, the mystic symbol which he used to impress his patients. Soranus of Ephesus, 2nd Century A. D., is the ancient authority on obstetrics, gynecology and pediatrics. 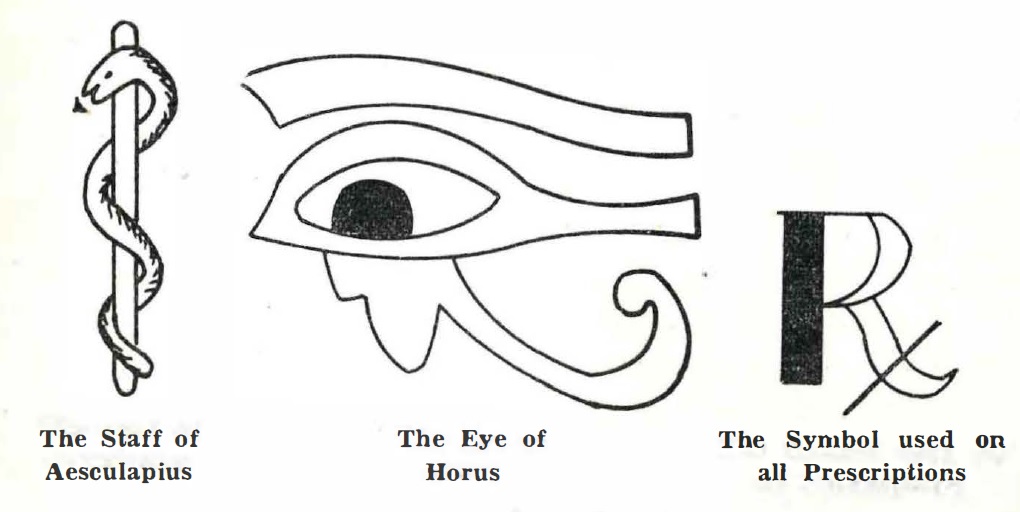 Starting with the Hittites, different communities built institutions, hospitals, bridges, aqueducts and schools of all types in Anatolia. The Turks, as they appeared on the scene of history, paid special attention to science and to medicine as a very valuable and superior profession. They practiced medicine and made many contributions to it. Yusuf Has Hacib (1069 A.D.), the Vezir of the Turkish State in Turkistan called Karahanlılar, when dassifying different folk groups in the community, uses the following expressions in his ıworld famous book Kutadgu Bilig : «One of them is the physician,» «He is the finder of remedies for all illnesses,» «Keep the physician close to you and treat him well,» «Keep his rights secured; he is the necessary man. »

As rulers of a stable, strong and highly civilized empire, it is not surprising that the Selçuk Turks built hundreds of bridges, schools, medical schools and hospitals, including mental hospitals and leprosaries. The Selçuks were experts at carving stone with beautiful designs, insc. riptions and flowers; their buildings are still in good shape scattered all over tliis land today. One of the most famous hospitals which they built in honor of Gevher Nesibe, a Selçuk princess, in 1205 A.D. is in Kayseri.

In the following centuries, during the Ottoman Turkish Empire, additional hospitals, at least three leprosaries, baths, aqueducts, arches and hundreds of mosques with connected medical schools and libraries were built. Turkish physicians wrote many books on different subjects and almost all of the famous books of medicine, starting from Hippocrates, ıwere translated into Turkish. The libraries in Turkey are full of these books. In 1699, the first Turkish treatise on pediatrics, The Book of Medical Measures for Children, was written by Şaban Şifai. It is worthwhile mentioning that one architect alone, Great Sinan, chief architect of Suleiman the Magnificent, built over 400 masterpieces, more thanı 1300 of which are still standing in Anatolia as monuments to the Ottoman civilization.

Everyone will recall that preventive medicine and in particular smallpox vaccination, was practiced by Turkish physicians in Anatolia for several hundred years, a fact unknoıwn until the famous letter of Lady Montagu, wife of the British Ambassador to Istanbul, in 1717 informed Europe that there was a preventive measure against smallpox in Turkey and that she had had her children vaccinated by the method used here. During those days, Anatolian civilization was equal to and even superior to the Western one in many fields.

Western authors are generally unaware of Turkish contributions to science and medicine, because they classify everybody according to their names and the languages used in their publications. Turkish scientists of those days used Arabic or Persian names and wrote their books mostly in these langua.ges, because Ottoman culture was a mixture of Turkish, Persian and Arabic cultures. Although the Turkish Society was the ruling force, the scientific and poetic language was either Arabic or Persian. It is a great mistake to classify all outstanding persons in history according to their names or the language they used, without examining existing conditions. For instance, the editor of this Journal is not an Arab, just because his name is Arabic and means «successful.» Nor is he English nor American, because he h as ıwritten this editorial in English. I am sure that a new look at the history of medicine in Anatolia from a scientific point of view would be of undeniable importance.

After 1923, under the leadership of Kemal Atatürk, the founder of the Turkish Republic, the Arabic alphabet was abolished and the Latin alphabet was adapted to Turkish. Parallel to the establishment of new and modern institutions, medical faculties were founded in Ankara, izmir, Erzurum (Atatürk University) and finally in Diyarbakır, in addition to. the original Faculty of Medicine in Istanbul.

Hacettepe University, where this Journal originates, was founded as a Research Institute of Child Health, connected to Ankara University Faculty of Medicine, in 1957. In 1963, just like the budding of a yeast cell, it became another faculty of medicine, still attached directly to Ankara University. After a short period, it was organized as a third independent university in Ankara. This fertility of the Anatolian soil is still in exidence. The first journal published by this institution, The Turkish Journal of Pediatrics, has already completed its tenth year. Hacettepe is now a university, with schools, clinics and institutes in fields related to pediatrics and medicine, and also the social sciences, humanities and basic sciences. For the scientists working outside the field of pediatrics, a necessity arose to publish ind€pendent journals to cover their fields of research. Professor ihsan Doğramacı, President and founder of Hacettepe University, and colleagues decided to publish three additional Journals, Medicine and Surgery, Science and Social Sciences in both Turkish and English.

This Journal, which you see for the first time, is another product of Hacettepe and we hope to publisıh your papers in the fields of medicine and surgery to create another link between Turkish and foreign scientists, and thus secure an exchange of knowledge and information for the better health of mankind.

I sincerely hope that our wish will come true. 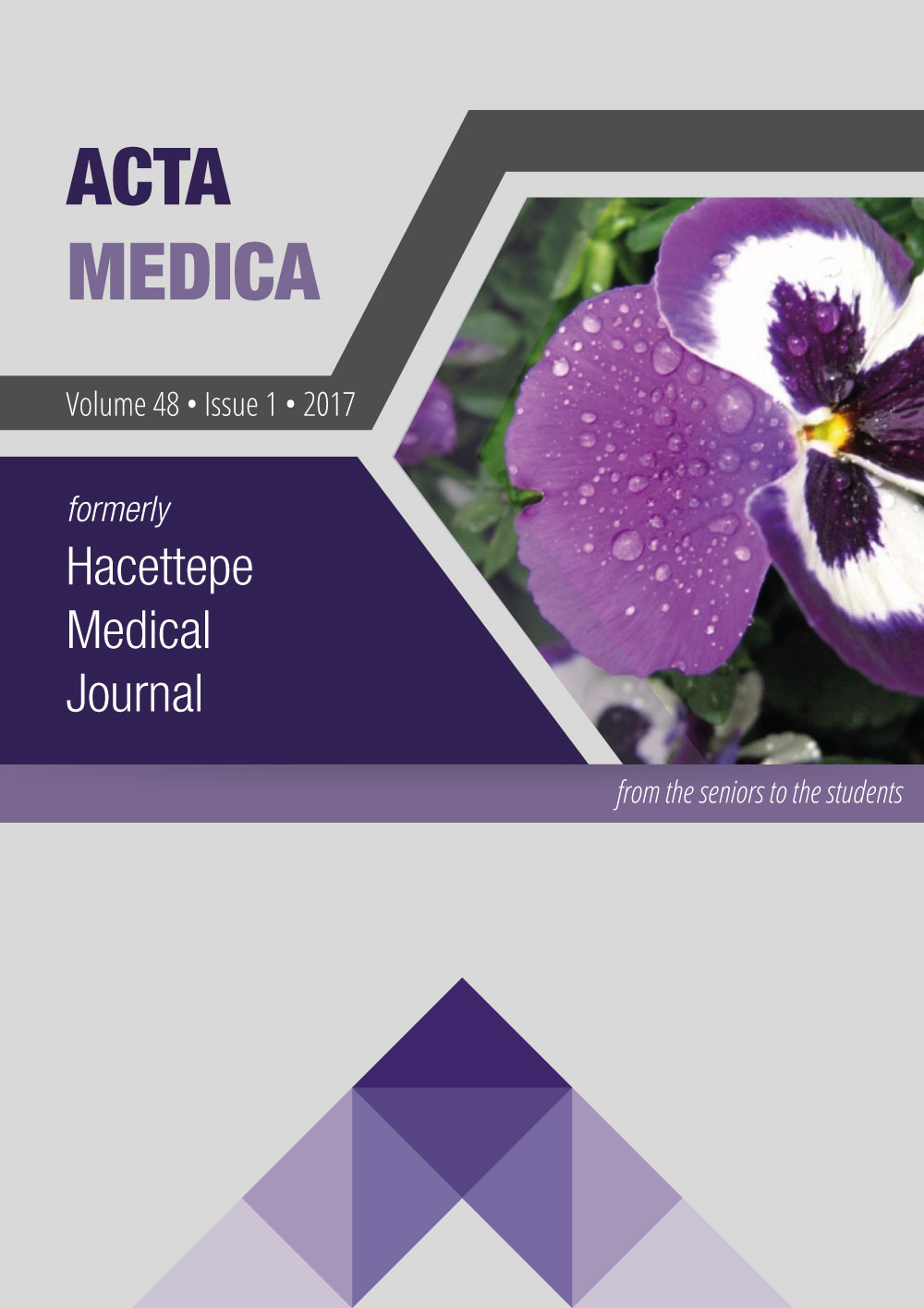